We would like to offer our sincere support to anyone coping with grief. Enter your email below for our complimentary daily grief messages. Messages run for up to one year and you can stop at any time. Your email will not be used for any other purpose.

Share a memory
Obituary & Services
Tribute Wall
Read more about the life story of Parce J. and share your memory.

Parce Collett was born on April 26, 1931, to the parents of Lonzo and Mattie Norden Collett. He was preceded in death by his wife, Constance Maxwell Collett. He was also, preceded in death by his three sisters: Bernice Dood, Myrtle Camper, and Zula Livingston, and six brothers: Rex, Perry, Parker, Raymond, Leonard, and Howard Collett. Parce has 2 children: Charles Maxwell Collett (deceased) and Janice Anne Young (Boyd Lee). He also has 2 grandchildren: Melissa Barlow and Jennifer (Tony) Monroe (both of Parsons) and 4 great-grandchildren: Shannon Young, Chloe Monroe, Myles Pearcy, and Shiloh Monroe all of Parsons, as well as 1 great-great-grandchild.

He had a true passion for football and started playing with the High School team in the 7th grade. Parce would hitchhike home to Cozette after every practice because the bus would not run that late. He was a phenomenal athlete who could run 100 yards in 10 seconds flat, however, he had to quit high school in 10th grade to help his father on the farm. Shortly after he left high school, he was drafted into the Army during the Korean War era and stationed in Austria. During his time in the military, he played on the Army Football team. He was offered to play for the New York Giants, however, he decided to decline their offer so that he could be at home with his family. He also served in the Tennessee National Guard for 2 years after being discharged from the Army.

He married his wife, Constance in Corinth, MS on December 31, 1950. They went on to have 2 children, Charles Collett and Janice Young. They raised 2 college-educated children who went on to have successful careers of their own. Parce was the youngest mayor ever to be elected to the City of Parsons where he served two terms. He and Constance owned Maxwell’s Department Store until 1979. He was also the supervisor of the Decatur County Solid Waste Department. After his retirement, he spent many hours riding his John Deere tractor at the farm. He had a true passion for animals, especially horses. In his younger days, he spent many hours at rodeos, and had specialties in calf roping, bull-dogging, and cutting horses. He was also a member of the Decatur County Saddle Club.

Parce died shortly after being diagnosed with cancer in his home on November 25, 2022. Funeral Services will be held on November 27th. Visitation is from 10am-2pm with the funeral following visitation. He will be buried at Parsons Cemetery.

To send flowers to the family or plant a tree in memory of Parce J. Collett, please visit our floral store. 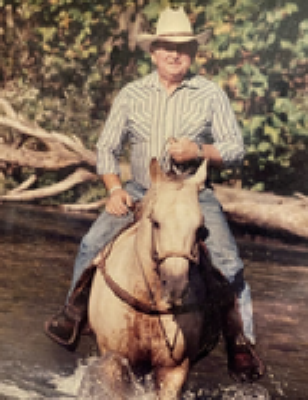 Look inside to read what others
have shared
Family and friends are coming together online to create a special keepsake. Every memory left on the online obituary will be automatically included in the book.

Look inside to read what others have shared

Family and friends are coming together online to create a special keepsake. Every memory left on the online obituary will be automatically included in the book.

You can still show your support by sending flowers directly to the family, or by planting a memorial tree in the memory of Parce J. Collett
SHARE OBITUARY
© 2023 Parsons Mortuary. All Rights Reserved. Funeral Home website by CFS & TA | Terms of Use | Privacy Policy | Accessibility